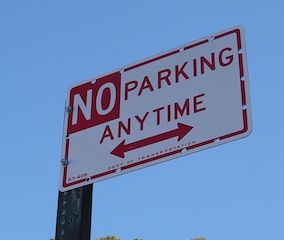 Looking for a refreshing take on your productivity?

Need a boost of confidence when it comes to getting things done?

In this post I offer three reasons why saying “no” is actually a great way to be productive.

You stay true to your original plans and schedule.

When you say “no” to something, you’re not allowing external factors muddle up your previously arranged plans.

You don’t have to juggle or reshuffle your schedule, worry about how you’re going to get a task done, procure materials or supplies, travel to a certain location or even get a hold of someone, to say the least.

You’ve already set a course for yourself and can continue on that path unhindered.

Besides, when you say no to someone else’s agenda, you are in fact saying an overwhelming “yes” to your own plans and activities. How’s that for a boost of confidence?

You don’t waste a lot of time or energy making a decision.

There are times when you need to sit down and have a good think about large decisions in life. For the most part, a lot of the questions or requests we are bombarded with on a daily basis really aren’t that important.

All those little bits of time you spend weighing whether you can squeeze in a non-urgent appointment into an already packed schedule, or whether you want extra dressing on your salad at lunch can add up.

Would you rather spend your time and energy making decisions over trivial matters or spend it on the things that really matter?

You show others you’re serious about your time.

The sooner you start getting serious about yourself and your time, the sooner others will begin to notice.

The next time someone approaches you to take on a non-urgent task, meeting, or something which has nothing to do with you or your schedule for the day, politely say “no.”

It takes effort and determination to protect your time and schedule, but it is well worth it in the end.

How about you? Where in your daily routines will you say “no” to something instead of saying “yes”? Join in the conversation and leave a comment below!

Do you want to improve your productivity levels today and everyday so you can get...

Do you want to organize your garage at home? Are you looking for tips on...

Have you ever wondered about the importance of time management? Are you interested in honing...

Do you want to get things done at home, work, or school? Are you tired...

Do you want to organize a linen closet in your house or apartment? Are you...

Do you want to balance your busy schedule? Are you looking for some simple ways...

Are you looking for a collection of working from home tips and tricks? Maybe you find...

Are you looking to organize mail at home or in the office? Do you want...