The Hidden Power of Words series takes a look at the language origins of frequently used words across the subjects of organizing, time management and productivity. There’s quite a lot of history and fascinating order when it comes to the words we use in today’s day and age! 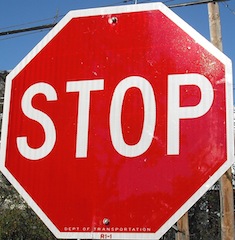 Common Phrases and Usage in American English: “Brian’s working on a tight deadline now; he has to get his feature story to his editor by 4pm.” “Is there a deadline for this project or are we just going to keep on working at it little by little until it is done?”

historical a line drawn around a prison beyond which prisoners were liable to be shot.

Phew, what a concise word origin! I was interested in learning more about this word so I consulted my favorite secondary source, the Online Etymology Dictionary, for more information:

And he, the said Wirz, still wickedly pursuing his evil purpose, did establish and cause to be designated within the prison enclosure containing said prisoners a “dead line,” being a line around the inner face of the stockade or wall enclosing said prison and about twenty feet distant from and within said stockade; and so established said dead line, which was in many places an imaginary line, in many other places marked by insecure and shifting strips of [boards nailed] upon the tops of small and insecure stakes or posts, he, the said Wirz, instructed the prison guard stationed around the top of said stockade to fire upon and kill any of the prisoners aforesaid who might touch, fall upon, pass over or under [or] across the said “dead line” …. [“Trial of Henry Wirz,” Report of the Secretary of War, Oct. 31, 1865]

When it comes to turning in an article, project or report, a ‘deadline’ is a hard and fast stop; we must complete our task by that time. We know a deadline is something important, but exactly how important is it?

MEET ALL OF YOUR DEADLINES.

Well, in the case of prisoners in Civil War prisons, it truly was a matter of life or death. While it might feel sometimes as if we are in a life and death situation when under a work or personal ‘deadline,’ it is not nearly as dismal as the original meaning.